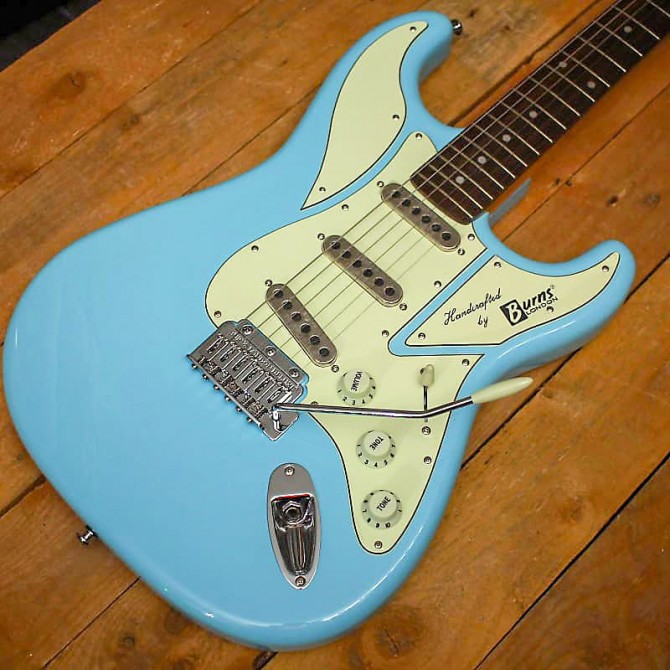 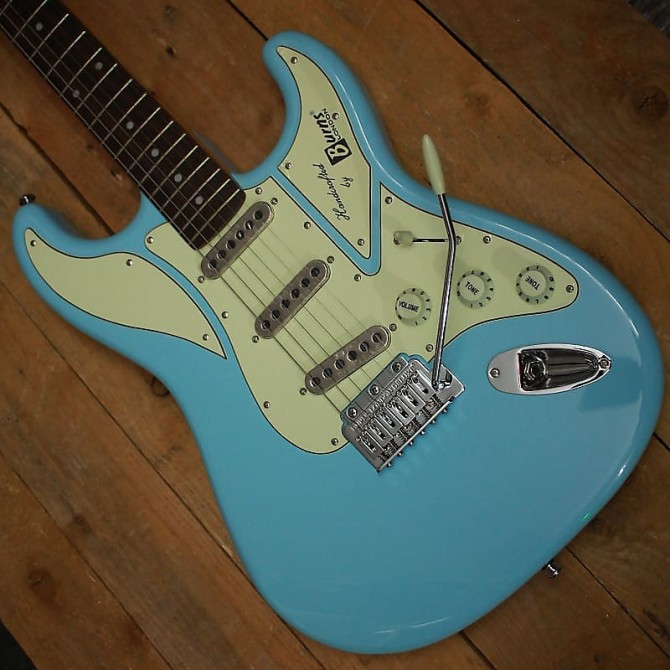 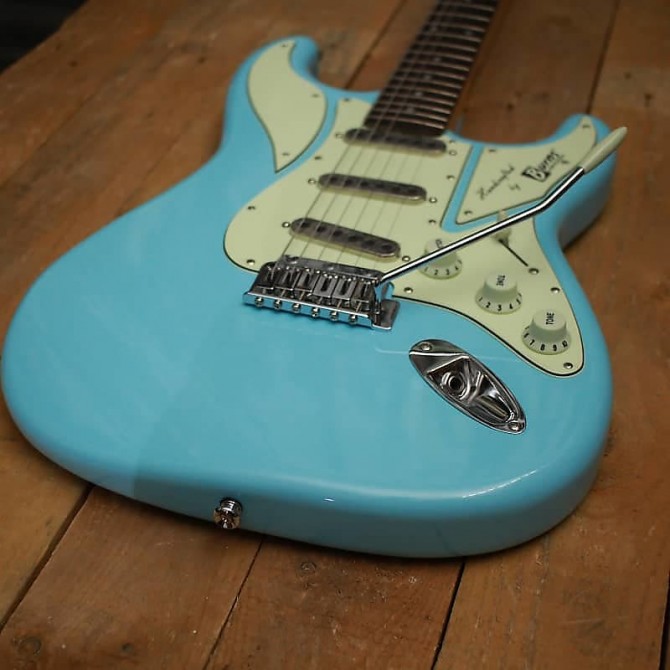 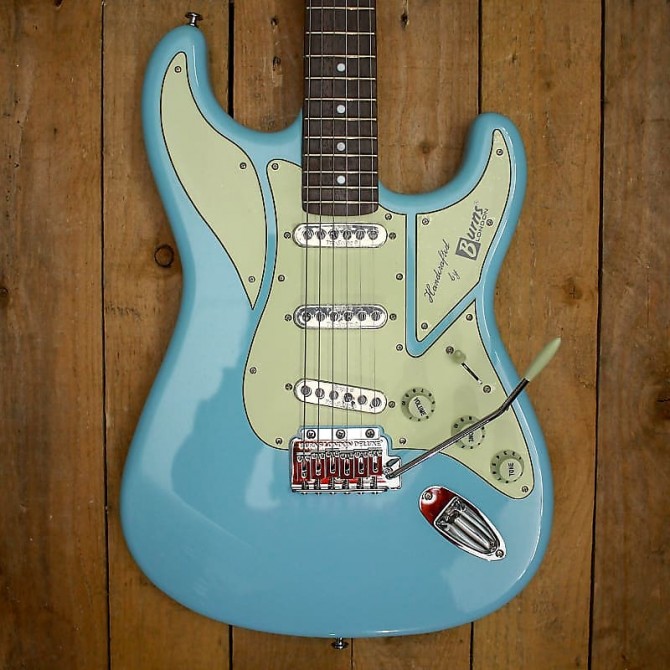 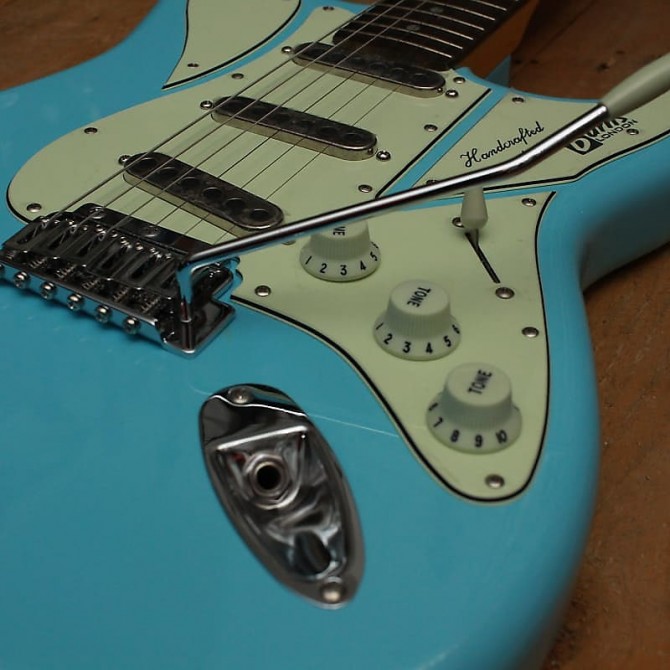 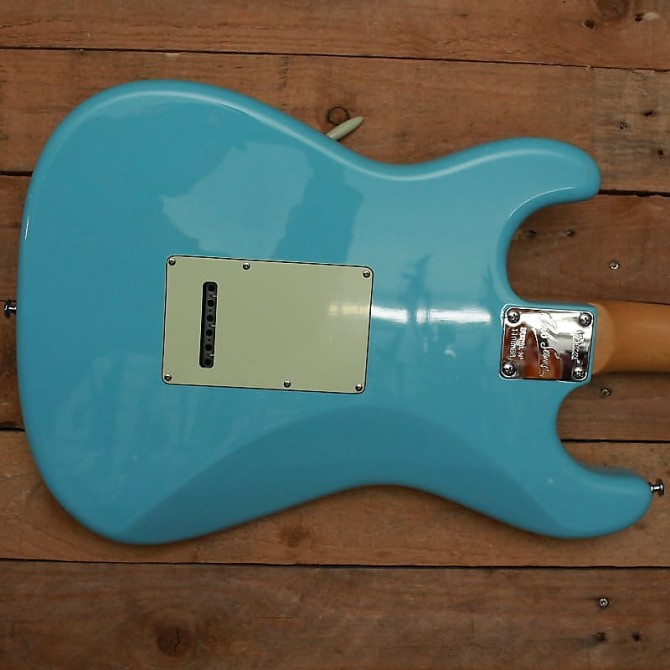 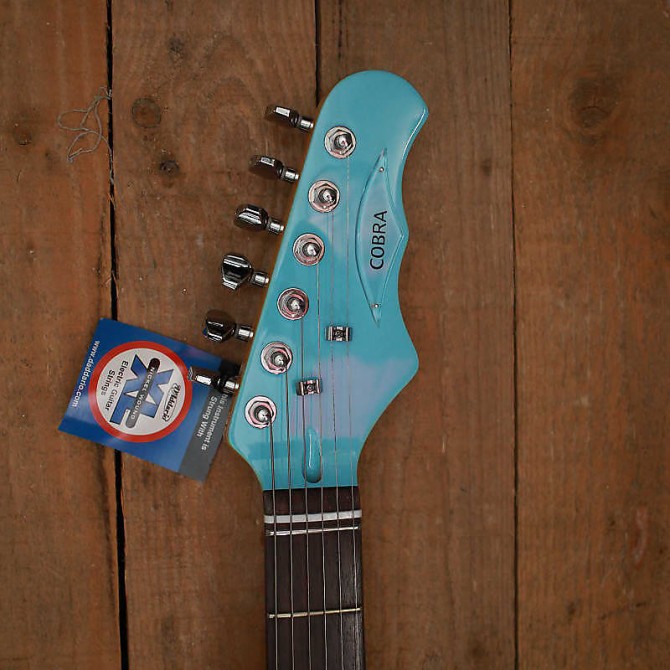 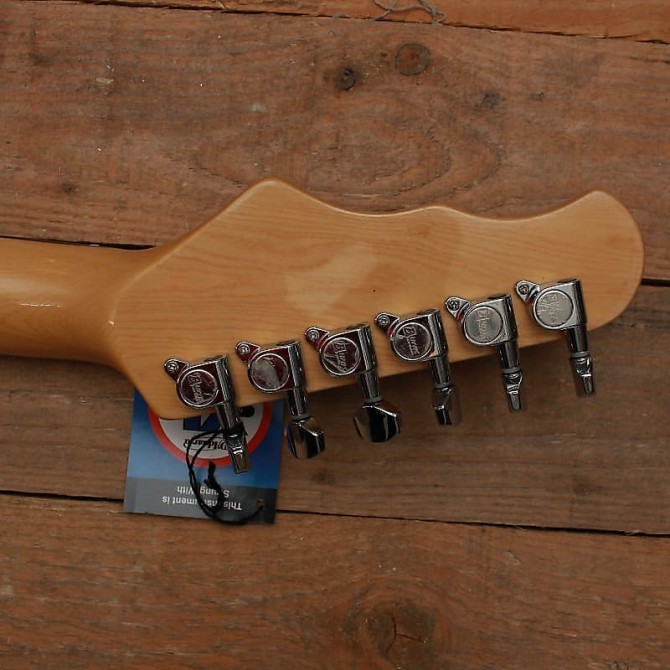 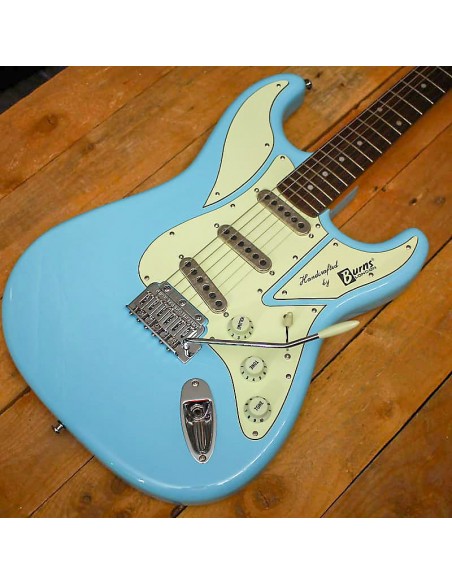 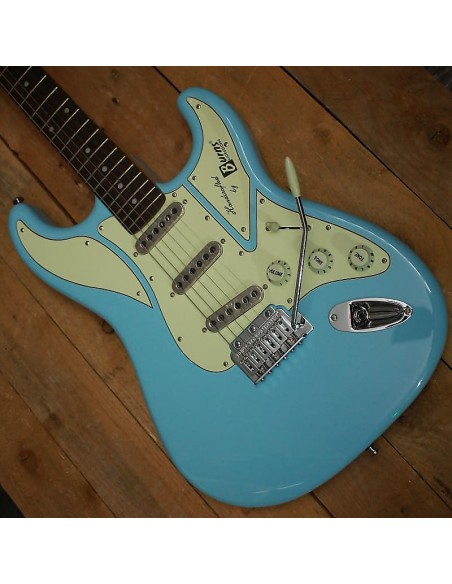 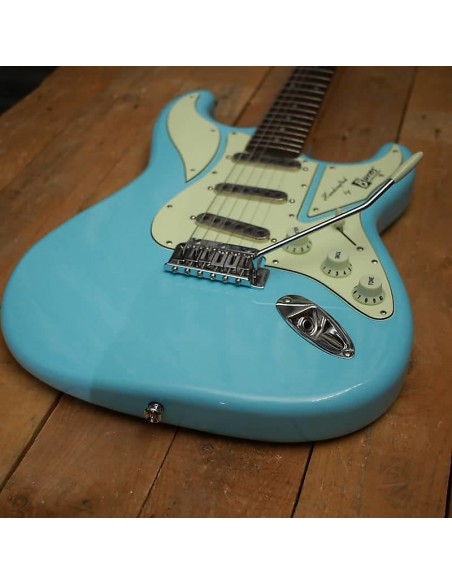 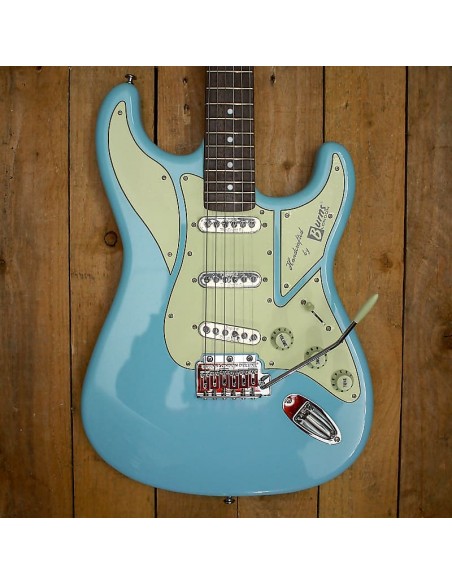 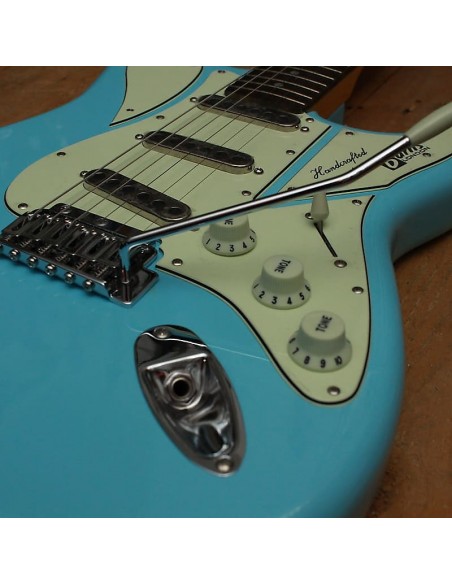 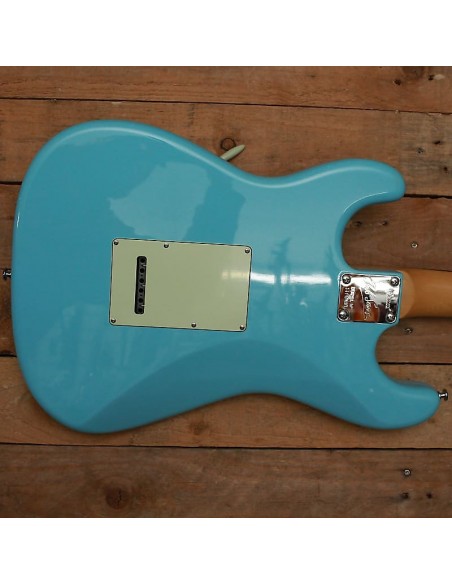 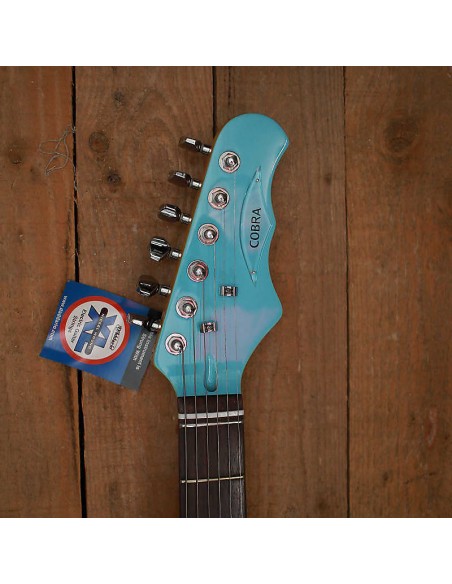 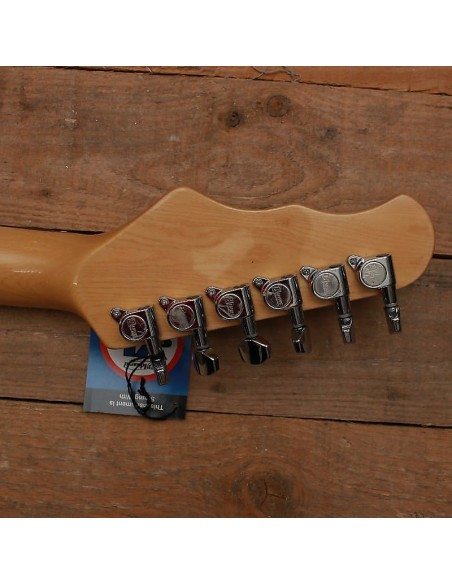 You won’t believe all the pro features in the new line of Burns Club Series Electric Guitars! The same slim, fast-action neck from the top-line Burns models graces every Club Series guitar and the Classic Sounds of the legendary Burns Tri-Sonic single-coil pickups takes you right back to the Swinging ’60s! The Burns knife-edge tremolo system and two-way truss rod are just a few of the many top pro features you get in the Club Series— features that are exclusive to Burns and found nowhere else at any price! A five-position selector switch and a push-pull knob give the artist unlimited tonal effects and possibilities. With all these features, the choice is easy-grab yourself a Burns!

For many years Guitar players have expressed the need to obtain the Classic Tri-Sonic sound from their traditional style double-cut guitars, without the necessity of having to carve larger cavities in the instrument bodies or alter the pick guards/scratch plates to accommodate the larger original units.

By carefully engineering and condensing the original internals and easing them inside a narrower Tri-sonic casing, guitarists can now enjoy the thick, ringing mids and smooth sustain of the classic 60s Tri-sonic, whilst still having access to traditional single coil sounds and warm humbucking tones - all in one instrument!

JAMES ORMSTON BURNS (1925 - 1998) has often been described as the 'British Leo Fender' a well-deserved and apt title because there are many parallels to be drawn between the two men.

Jim Burns too was very much a pioneer, and his policy of continual development and refinement reflected a constant quest to realise his vision of the ideal electric guitar. Distinctive design ideas were more than matched by accompanying hardware and circuitry and although some such aspects bordered on gimmickry, others offered genuine innovation, and have become accepted concepts, later to be claimed as firsts by other, more illustrious conveniently forgetful makers.

Despite these achievements and the high profile enjoyed during the early '60s, Burns fortunes declined after the takeover by Baldwin in 1965, and it was another twenty years before Burns oldies were accorded proper recognition and credibility, some models from that era having assumed the status of highly-prized collectors items, with values accordingly rising to similarly elevated levels. Demand for prime examples of the most sought-after oldies invariably exceeds supply, guaranteeing ever-increasing rarity and prices .